Continuing the tale of Olwen, after the tragic murder of both her parents and her narrow escape, she is taken in by the gnomes who discovered her after her narrow escape into the forest. The tribe’s most renowned Seer and bard will be responsible for her upbringing. To avoid having this story get too long, I’ve decided to skip ahead a little. Read on to find out what happens next. 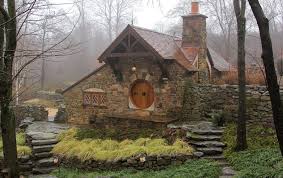 Olwen was just a girl when her parents were brutally murdered by dwarves while traveling through the mountains. If it hadn’t been for the kindness of strangers, she would have been lost. As the years passed by, the gnomes who had welcomed her into their midst became like family to her. She still lived with the Seer, Terrwyn, and had taken to calling him Grandfather. He taught her well, and as a result, she was becoming an adept healer, just like her mother. But what she most enjoyed was the magical connection she had to nature. When Olwen wished it, clouds would roll in, bringing rain. She could touch a plant and watch it grow, cause flowers to bloom with the warmth of her breath. Animals were drawn to her, and it was not uncommon for a deer or a wolf to approach her when she strolled through the woods and allow her to pet them.

Terrwyn was proud of her, as he so frequently reminder her. But he was growing old now, and was not as able as he had once been. It saddened Olwen to see how stooped and feeble had had become, and she did what she could for him, but even her healing powers could not stave off the effects of old age indefinitely.

A day came, when Terrwyn called her to his side where he sat bundled in a thick shawl before the fire of his small house. Most of the gnomes lived in dwellings too small for Olwen to enter, save for Chief Cledwyn’s hall in the ancient willow and Terrwyn’s home, which, having foreseen her coming, had been modified in preparation for her. Still, she had to duck her head to pass through the low doorways.

It was nearly midwinter, with the longest night just days away. The sun set early this time of the year, and despite being only late afternoon, it was already dark. Olwen carried a wooden bowl of hot rabbit stew over to Terrwyn, and seated herself beside him on a cushion.

“You wish to speak with me, Grandfather?” she asked, handing him the bowl. He sniffed the steaming stew and smiled.

“Your rabbit stew is the best I’ve ever eaten, my dear,” he said, bringing a spoon full to his mouth.

Olwen waited patiently until he had swallowed his food.

Terrwyn cleared his throat, and turned his sharp, beady eyes on her. “I am old, Olwen,” he said seriously. “I will not live to see the spring.”

The old Seer shook his head. “You know as well as I that that isn’t true,” he replied. “I have lived a long and good life, and am ready leave this tired body. But your story is only just beginning, and there is much you must know.”

“Tell me, Grandfather,” Olwen urged, leaning forward to prop her elbows on the armrest of Terrwyn’s seat.

The old gnome sighed and tugged his shawl more snugly about his body. “Long ago, before you came to us,” he began, speaking slowly and choosing his words with care, “Chief Cledwyn had a vision. The old willow is the heart and soul of our people, and she speaks to us, offering her wisdom to those who seek, and she told him that an elven girl, bearing the gem of the heavens about her neck, would come to us, and that her life would be in danger. I had the same vision; as did the other elders. There could be no doubt that we were meant to help this girl, and so, when you entered the forest, our Chief sensed your presence.”

Olwen smiled. “But I know all this, Grandfather,” she said affectionately.

Terrwyn shook his head. “You don’t know everything,” he stated. “That is no ordinary jewel you wear,” he added, prodding the bright, blue sapphire that hung from a silver chain about Olwen’s neck. She gave him a quizzical look. “You are aware of it’s magical powers, but you don’t know why or where it came from. The Sky Jewel gets its name because it fell from the heavens. Some believe it was a star which was plucked from the sky by the Gods and given to the elves. Long ago, there were several such stones, of different colours, and each had unique magical properties, but most were destroyed by those who were jealous of the elves, who alone could wield their powers.”

Olwen was mesmerized. “Tell me more!” she pleaded.

Terrwyn chuckled. “There are now only two stones left,” he said. “Yours and one other.”

“Who has the stone?” she asked.

“A dark elven chief,” answered the Seer in a foreboding tone. “His is called the Blood Stone, for it is red as blood and makes its bearer invincible in battle. Arawn is his name, and he rules the underworld.”

Olwen gasped. “I have heard his name before!” she exclaimed.

“I am not surprised,” replied Terrwyn. “Arawn has a terrible reputation for being a cruel and bloodthirsty warlord, but there is more that you must know. For reasons unknown to me, your parents betrothed you to Arawn when you were a little girl, and it has come to the Chief’s attention that Arawn has learned of your parent’s fate and has been seeking you all these long years.”

Olwen frowned. “Surely, there must be some mistake,” she said. “I cannot believe my parents would not have done such a thing! How did you come by this information?”

“The same way we knew of your coming,” he answered. “It was revealed to me in a vision.”

There was a flicker of fear on Olwen’s face. “You will not tell him that I am here? Please, I am safe here. You must let me stay!” she cried.

“A promise is a promise,” he replied, shaking his head. “Chief Cledwyn intends to send word to Arawn after my passing.”

“No! He mustn’t!” exclaimed Olwen.

Terrwyn held up a weathered hand to silence her. “But he will not force you to marry against your will,” he assured her. “If Arawn wishes to take you as his wife, he must earn your favour. That is Chief Cledwyn’s decree.”

Relief mingled with dread in Olwen’s eyes. She was afraid. What if Arawn would disregard Chief Cledwyn’s decision and force her into marriage anyway? Throughout the course of the next days, she wondered if it might be better to run away.

At last, she decided to visit her old friend, Deri.

I hope you enjoyed this latest installment of Keepers of the Stones. Stay tuned for the next part, coming soon! Please, leave a comment, and feel free to share a link on your own blogs if you enjoy reading my writing.

First off, who am I? My name is Jessica Urquhart. Writing has always been a hobby of mine, which got its start in middle and highschool, when I'd write short stories for the amusement of my friends and classmates. Currently, I'm working on my first book, my one true love of a story I've been saying I would one day write. Well, that day has come. If you'd care to follow my musings on the adventures and hurdles of writing my first fantasy book, then please, read my blog. View more posts

3 thoughts on “Keepers of the Stones, Part 4”